One objective: knowledge for management
Two events to respond

An international symposium on:

“Systemic and biodiversity evolution of marine coastal environments under the pressure of climate change, natural and anthropogenic local factors”. 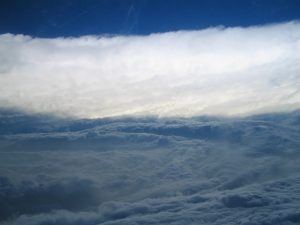 Panoramic of the “eye” of the tropical cyclone  Katrina and  “wall of the eye” – Copyright F. Roux/CNRS

Identification and analysis of environmental stressors.

Coastal and estuarine environments are highly productive  interconnected ecosystems that are constrained by oceanic (sea basin) and continental (watershed) environments, which are subject to the pressure of global climate change and influences of local and regional anthropogenic factors. One of the topics of the symposium will be the identification, quantification and analysis of pressure factors, from global to local level, and assessment of their individual and potential combination effects on ecosystem, biodiversity, functions and services. 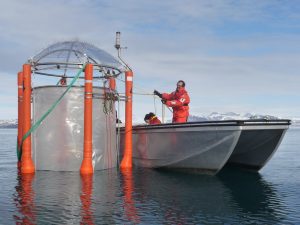 Impacts on socio-ecosystems and biological resources

Due to sea-level rise, the occurrence of extreme events (storms, tsunamis), and human activities, coastal areas are extremely vulnerable to erosion or to accretion. On the other hand, coastal ecosystems are subjected to  warming and modification of physical, chemical (warming, marine intrusion, acidification, eutrophication) and biological characteristics (invasive species, modifications of the specific and functional biodiversity, life history trait modifications). Furthermore, they are often the receptacle of many sources of chemical and biological pollution which, in addition to global and regional pressures, degrade them and significantly reduce their resilience and ecological functions, based on a very high density and diversity of marine organisms. Another topic will be to analyse and to quantify  impacts at different scales of time and space and at different levels of complexity on the biological resources and socio-ecosystems that depend on them. 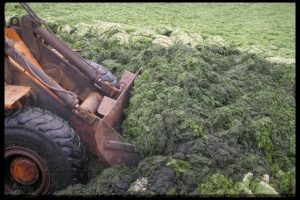 In a context of rapid change, human societies are planning their future actions in terms of mitigation, to reduce the pressures and / or adaptation factors by integrating the constraint of the impacts suffered. It is therefore particularly crucial to identify and better understand the relationships between factors of environmental pressure accumulated at different scales of space and time and their current or potential impacts. These relationships may be analyzed in terms of hazard probabilities, vulnerability and risks both on biodiversity and on the socio-ecosystems.

Some EU Framework Directives such as the HFFD (Habitat Directive), the WFD (Water Framework Directive), the MSFD (Marine Strategy Framework Directive) and the recent SMPD (Framework Directive for the Spatial Marine Planning) aim to restore or maintain  the good ecological status of marine ecosystems and to conserve biodiversity. They are based on the implementation of evaluation of the good ecological status of inshore, estuarine and coastal ecosystems, to measure the impacts of anthropogenic pressures and to establish co-habitation policies for coastal marine uses up to the limit of the Exclusive Economic Zone (EEZ). These guidelines are based on transdisciplinary scientific studies, in an integrated ecosystem approach, foreshadowing what might be a coastal and operational oceanography, aimed at providing the scientific basements for  the Integrated Sea and Coastal Management (ISCM) approach and political decisions that relate to it.

It is underpinned, though not exclusively, by the strong cooperation between the French and Japanese scientific and professional communities led by, among others, the French-Japanese Oceanographic Societies. 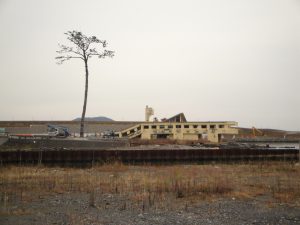 Harbour in Miyagi Bay, Japan after the Tsunami of March 2011- copyright S. Ruitton

Four main questions  will be addressed:

Question 1: How can today’s socio-ecosystems be resilient to adapt tomorrow not only to coastline changes, but also to natural disasters increasing frequency and strength on the coast?
Coastal areas are, in general, heavily exploited ecosystems. They account for about 2% of the Earth’s land surface but are home for 10% of the world’s population in low-land areas, resulting in a very high vulnerability to natural hazards: tsunamis, floods, marine intrusions, cyclones that caused considerable material damage and thousands of casualties, with large-scale environmental, social and economic consequences. Japan, one of the world’s leading seafood producers, surrounded by particularly productive seas despite a highly urbanized coastline, and faced with particularly frequent natural cataclysms, has nevertheless managed to safeguard an important part of its coastal maritime economy and, as such, is a privileged interlocutor for exchanging and undertaking joint research with French and European scientific and professional actors in the maritime sector.

Question 2: How to implement an integrated management approach for those interfaces and land-sea transition areas in order to minimize synergy of impacts from different uses and better adapt to factors of change?

The temperature rise combined with the organic enrichment of coastal waters (and bay sheltered areas) can (i) reduce species productivity which supports economical activity as inshore fishing activity, and (ii) increase the frequency of epizootics detrimental to the development of aquaculture or tourism activities. Acidification of marine waters may also have a direct impact on the development of shellfish species or crustaceans and more broadly on the specific composition of trophic chains.

Question 3: How to ensure uses co-existence and preserve the resilience of traditional activities such as fishing and shellfish farming facing new activities in a context of global change. To this end, how to promote a process of dialogue between stakeholders (including decision-makers) in the frame of an integrated ecosystem-based management approach including marine spatial planning ? 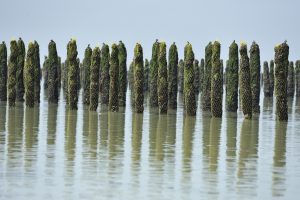 Blue energy development in France or more widely in Europe, within the framework of the energy transition policy, is a new space consuming activity that creates new ecosystem services. In parallel, an increasing surface of marine protected areas are designed to preserve environment, biodiversity and resources. In New Aquitania this is reflected by the creation of 2 marine parks: the Bassin d’Arcachon and the Estuary of the Gironde-Mer des Pertuis. 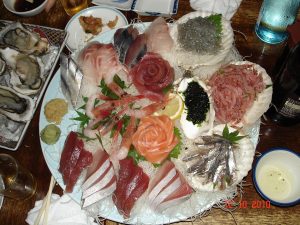 The development of integrated approaches and large-scale habitat restoration programs that integrate all stakeholders  is a long-standing concept in Japan, based on local development. This is evidenced by the concept of “Sato-Umi” (sea and man in harmony), itself derived from the much older “Sato-Yama” (mountain and man in harmony). These two concepts evoke a very strong link between nature and culture on which the sustainable exploitation of an environment that is the fundamental base of food supply but also cultural heritage. In Europe, and particularly in France, there are still a number of similar traditional practices, particularly in the field of small-scale fisheries.